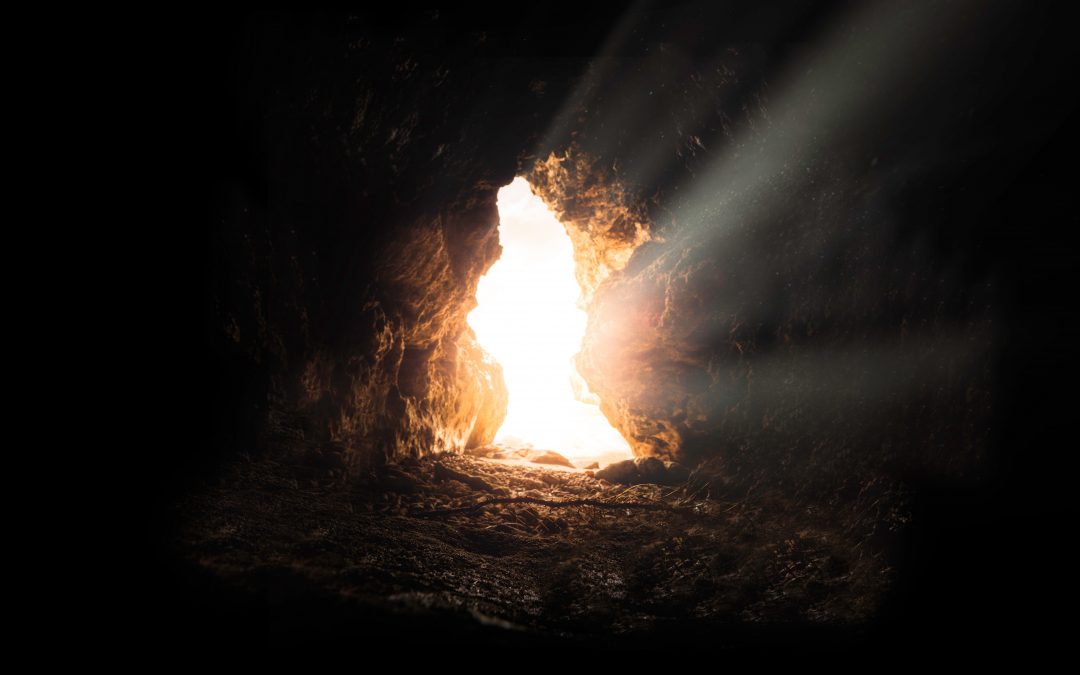 But on the first day of the week, at early dawn, they went to the tomb, taking the spices they had prepared. And they found the stone rolled away from the tomb, but when they went in they did not find the body of the Lord Jesus. While they were perplexed about this, behold, two men stood by them in dazzling apparel. And as they were frightened and bowed their faces to the ground, the men said to them, “Why do you seek the living among the dead? He is not here, but has risen.”
Luke 24: 1-6 (ESV)

Time after time Mary had seen Him perform miracle after miracle, always doing what He said He would do. And yet she stands there that morning frozen in fear, looking for the living among the dead, looking for her Christ—in a tomb. And the angels ask the obvious question to them: “Why do you look for the living among the dead?” The Christ who told her days earlier that He would rise again in three days, has risen.

Think about that for a moment in your own lives on this morning a week after Easter. Despite knowing better—from the past experiences with God in our lives—we look for meaning in places where we know we won’t find it. I wonder if perhaps we are even doing that today—looking for all the important things in life, in all the wrong places. I wouldn’t blame you if you were; after all that’s the message of our secular society—that we’ll find fulfillment where it won’t be found.

Why do we still think that true life, abundant and satisfying, will be found in positions of power and the accolades, admiration and praise from others? Why does it take us all of our lives to realize, hopefully not too late, that we won’t find the living, the important priorities of life, among those dead and truly unimportant things?

One week and one day ago was Easter—and we remembered again, that Christ has risen. It was a time of renewal and to remember the special life, the victorious life which we were created to live. And to leave the legacy of changed lives we were meant to leave behind each and every day.

It wasn’t an idle gesture that the Son of God gave it all up for us on the Cross, and then, three days later, through His resurrection, affirmed the very best in us, and affirmed the future for us, through Him. This was not a random afterthought on God’s part—for us to simply stand by and be less than He intended.

So where do we start? How do we continue the journey to becoming all we were meant to be, living the life we were meant to live, amidst the detours, pot-holes, fallings and failures we’ve had—all of which we know we may experience again along the way?

We start at the empty tomb of Easter that we celebrated again eight days ago. Then we accept where we’ve been, and what’s in the past, learn from it, change, and then move forward re-energized into the future which God has set before us.

Easter brought us a fresh, new, bold reminder of the Hope in the risen Christ that is ours forever.

Christ has risen. He is alive.

Stop for a moment and reflect on life you have been given. Stop, accept, and learn from what was, and then—look up, reach out, and step forward into the arms of the God of the empty tomb and all there is before you. He will place your feet on the path to living a life that is truly significant, that is truly meaningful, and that will leave a legacy of changed lives.