Peace in Our Storms 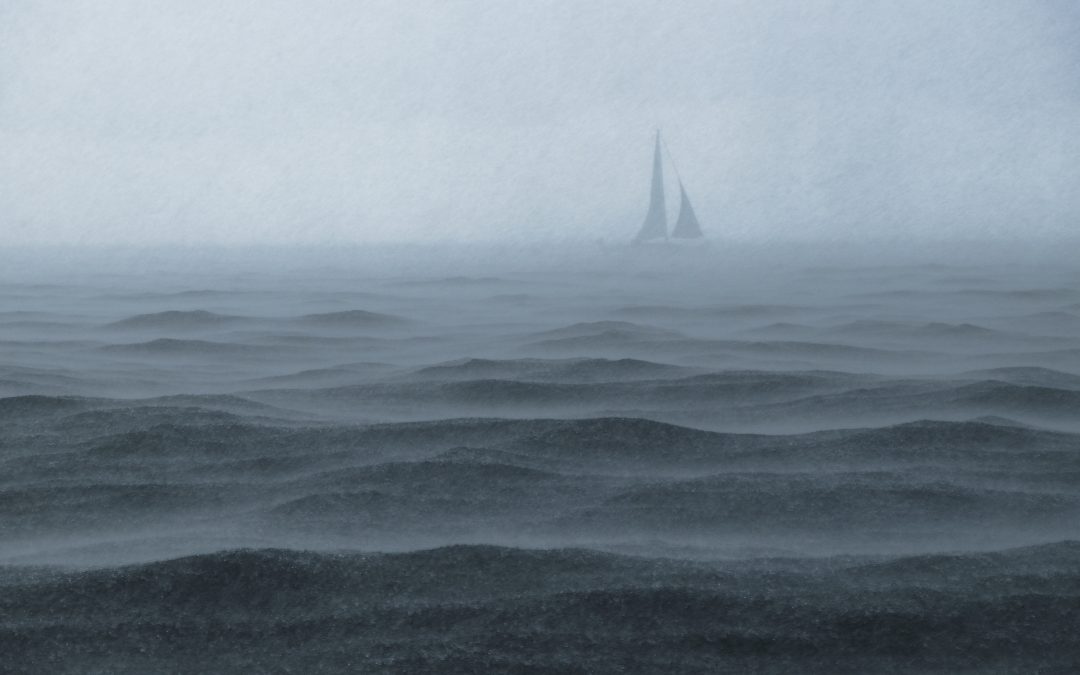 “As evening came, Jesus said to his disciples, “Let’s cross to the other side of the lake.”  So they took Jesus in the boat and started out, leaving the crowds behind (although other boats followed).
But soon a fierce storm came up. High waves were breaking into the boat, and it began to fill with water
Jesus was sleeping at the back of the boat with his head on a cushion. The disciples woke him up, shouting, “Teacher, don’t you care that we’re going to drown?”
When Jesus woke up, he rebuked the wind and said to the waves, “Silence! Be still!” Suddenly the wind stopped, and there was a great calm. Then he asked them, “Why are you afraid? Do you still have no faith?”
The disciples were absolutely terrified. “Who is this man?” they asked each other. “Even the wind and waves obey him!”
Mark 4: 35-41 (NLT)

I wonder if we’ll ever just get it!

In the passage above, the disciples are in a boat, with Jesus onboard and asleep in the back. When out of nowhere, as they often do, a storm comes up. The disciples begin to worry, they allow the storm which is outside of the boat, into their life—despite the fact that Jesus is on board. They allow what is around them to control them.

And so they panic. They go nuts, actually; shouting at Christ to wake Him up, and accusing Him of not caring about them simply because he continued to sleep in the midst of the storm.

Don’t be too hard on them—they paint a pretty accurate picture of you and me.

I can identify. And I suspect you can, too.

But will we ever learn? Ever change? Ever allow Him fully to calm our storms?

What was your response the last time your child got into trouble, or was struggling with something in their life and you didn’t know how to help them? Or you learned that you, or a loved one, had an illness that was terminal. Perhaps the door was shut on a dream career path you had been on for a while.

Maybe your family finances became so tight that there was nothing available for needed medical treatment, or other essentials. Perhaps you failed one too many times and don’t know the next step. Perhaps something has you in its grip and you can’t figure out how to get free. Or you’ve felt the need to work beyond normal hours—to the detriment of your family—so as to stay on track for that promotion which surely has to be yours.

You get the picture. Storms and no peace.

I heard a story the other day about a contest which took place a few years ago, which asked people to submit paintings that depicted a picture of peace. So many pictures were submitted for the contest—beautiful pictures of majestic snow-capped glistening mountaintops, golden sunrises spreading across a dew-swept countryside, calm ocean expanses with beautiful sunsets setting in the distant horizon, and of a family gathered around a tableful of food. So many, and so many others, all so peaceful and powerful.

The winner, however, was none of those, but instead was of a painting of a violent thunderstorm crashing across a rocky mountainous island formation seemingly standing all by itself in the middle of an ocean. So violent was the storm with the crashing waves and lightning depicted in the painting, that at first glance you didn’t notice the tiny mother bird nestled safely within a crevice within the huge rock formation, with her wings spread over her six tiny baby birds resting safely in the nest. Peace and calm within the midst of the storm lashing out all around her.

That’s the peace of God which is available for us. No matter the storms we find ourselves in the middle of—His peace is still there for us to center and rest ourselves within. And that must be our focus—to be able to accept, no matter what may be happening in our lives—that His peace and His presence will always be there, and will always prevail.

God hasn’t gone anywhere, ever. He has been and is, and will always be, by our sides. Always.

Yet we, like those disciples—begin to worry, we begin to allow the circumstances around us to steal the peace and calm which the presence of Christ provides.

Like that mother bird reminds us, though, we need to remember that God’s peace is always present in the midst of the storms around us. And we simply need to embrace it, and trust that no matter what happens, no matter what storms are around us, the peace of Christ and the eternal assurance of His presence are always there.

In the back of a boat. In a crevice in a rock. In the midst of every moment of our lives—the peace of God is always there—no matter the storms around us.

Maybe today is the day we—get it!