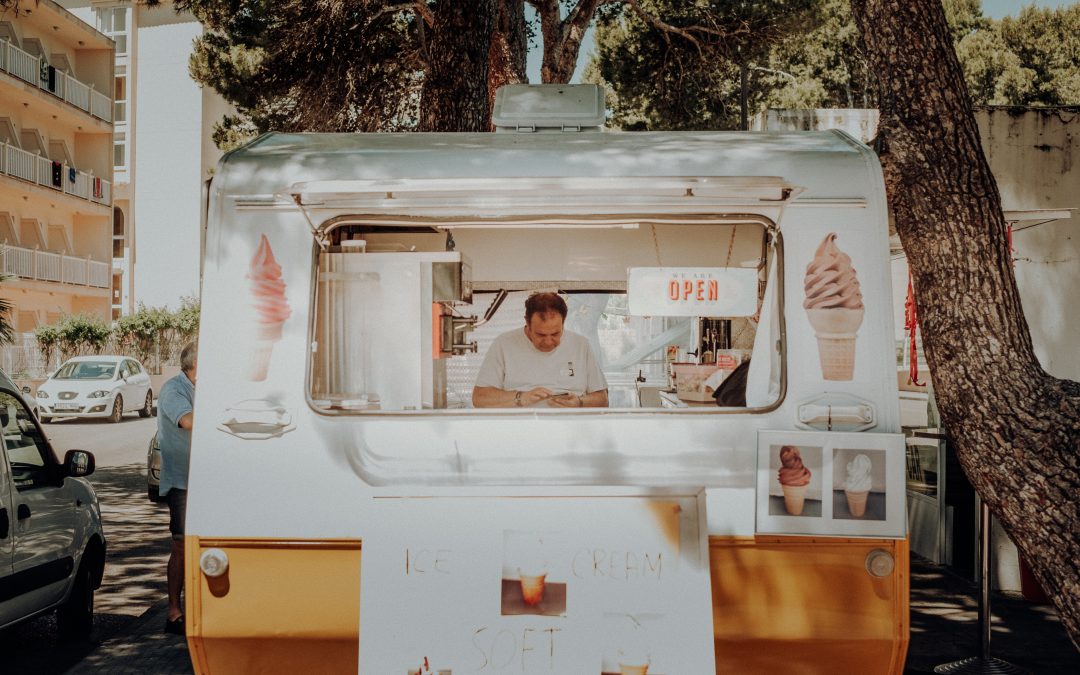 And the scripture was fulfilled that says, “Abraham believed God, and it was credited to him as righteousness,” and he was called God’s friend. James 2: 23 (NIV)

Friday evening was always collection time for my paper route and it was then—on my very first round of collections—that I learned an important lesson about finances and friends.

For all of you who aspire one day to be paperboys or papergirls, remember this—when collecting on your paper route, avoid the area where your friends and the Good Humor ice cream truck are located—at least until you’ve had a chance to count how much money you really have to spend on ice cream for one-and-all gathered.

It only took that one time for the lesson to sink in. Counting and recounting the money remaining from the payments, I finally realized that—despite a lot of new friends—I had dipped well beyond the actual profit I had earned that week, into what I owed the newspaper company for the cost of the newspapers.

And so, with that lesson in finances learned at the ripe-old-age of twelve, and with the newspaper budget now consistently being balanced each week thereafter, I also watched as another phenomenon began to unfold—a lot of my new “friends” fell away.

For a twelve-year-old boy, who starting out short on friends anyway, having just moved into a new neighborhood, it was a painful, disappointing and confusing moment.

But we know that through all the ups-and-downs of friends and friendships—the pains are usually outnumbered by the joys. The moments of support and understanding tend to outpace the disappointments and the falling away of a few. And through the lessons of Good Humor trucks, paper-routes, businesses, and other stuff, we learn that there will always be those who emerge as forever friends to bless you for a lifetime.

Those friends you seem to pick right up with, after a long absence, as if you were never apart. Those who remain and walk alongside you—even when they see the worst in you. Friends who sacrifice for you when they really can’t afford to. Those who confront you when you should be, and who walk with you and lift you up when you fall and fail—sending you back out to try again. Friends who heal the broken places in your life—and then do it again and again. You may even be married to one like I am. Maybe like the one in this story.

It happened that a leper came to Jesus one day and asked to be made clean. A leper—like all the rest of his lot in those days—suffered not only from a physically deforming and painful disease, but also from the emotional scars of years of rejection and isolation in a leper colony. He endured the shame of having to ring a bell, if he would dare to venture out from the colony, to warn other “normal” people of his approach. No one wanted to see him—certainly no one wanted to touch him.

Yet there the leper stood before this would-be new friend, asking to be healed. Jesus could have zapped him from a distance, so as not to have to get too close to the ugliness or smell of the disease. But He didn’t. Knowing the pain, and feeling the pain of that man’s life of isolation and rejection, Jesus reached out and touched him.

It was no doubt the first touch by anyone other than another leper. And in that moment, that friend—that Jesus—healed not only the external physical scars of leprosy, but also the internal scars from years of rejection and hatred—layered over and over upon him simply because of a disease over which he had no control.

Looking for a friend like that, who you can take with you while collecting on your paper-route? He’s there in so many of those friends around us who have proven through the years that they are forever friends.

And He’s there in the person of Jesus Christ—who stands ready to walk with each of us, heal us, confront us and love us into the sunshine of a brand-new day now, tomorrow, and throughout eternity.

Got a friend like that? Got Jesus as your friend? Make sure He is!