There is an Absolute Truth 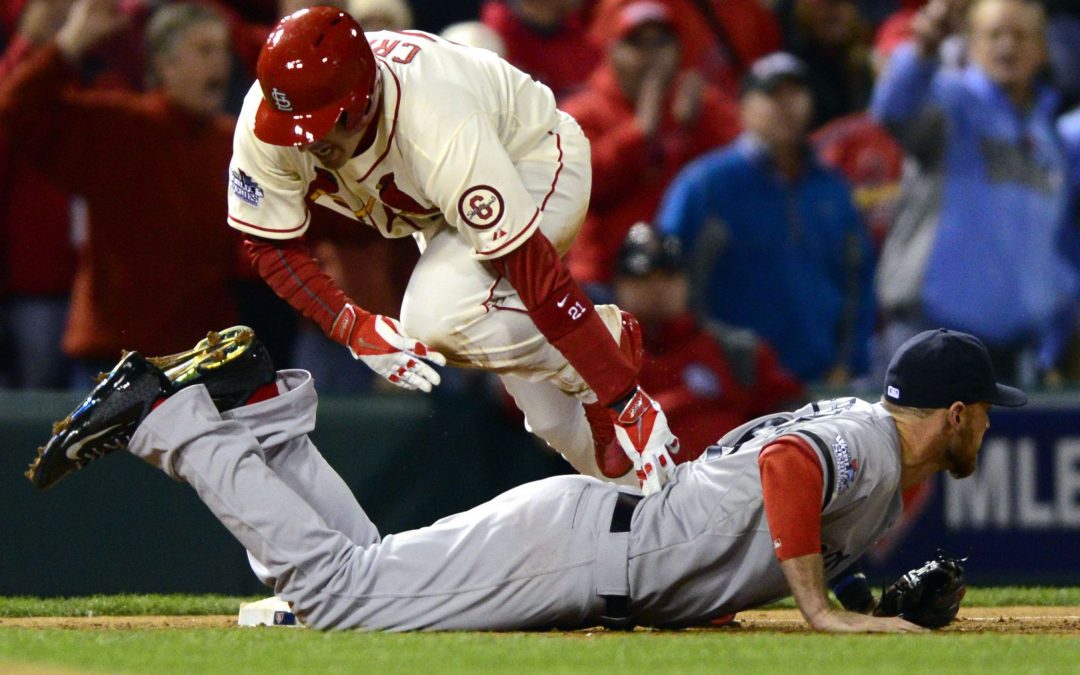 It was an unusual ending to a great game. As a matter of fact, it was apparently the first time a Major League Baseball World Series game had ended with an obstruction call. Not too hard to believe since that situation seldom arises at that level of play.

In the Official Rules of Major League Baseball, Section 2.00, Definition of Terms, the applicable definition is:

“Obstruction is the act of a fielder who, while not in possession of the ball and not in the act of fielding the ball, impedes the progress of any runner.”

And when it occurs, the basic application of Rule 7.06 requires that the runner be awarded the base he would have reached if, in the umpire’s judgment, there had been no obstruction.

In the bottom of the ninth inning of game three of the 2013 World Series, with the score knotted at 4 to 4, the Boston Red Sox catcher Jarrod Saltalmacchia threw wide of third baseman Will Middlebrooks, in an attempt to throw out St. Louis Cardinals’ runner Allen Craig, who was trying to advance from second base to third base.

While the ball rolled past third base into the left field foul area, Craig attempted to get up and run to home plate to score what would be the game-winning run. Instead it appeared he was tripped by the raised leg of Red Sox third-baseman Middlebrooks who was lying face down at third base.

Third base umpire Jim Joyce immediately raised his arm signaling obstruction by Middlebrooks, followed by home plate umpire Dana DeMuth signaling Allen Craig was entitled to score at home. It was the winning run, and game three ended on an obstruction call. The call was correct, and as a result, the St. Louis Cardinals won that game three of the 2013 World Series to take a 2 games to 1 advantage over Boston.

“What do you think…about a game ending like that…in the World Series?”

And then again, before Matt could respond she excitedly repeated the question, obviously seeking to stir up some controversy about the call—

“What do you think about a game ending like this in the World Series? What’s your reaction?”…“You’re up 2 to 1 in the series, [because of the game] ending in a bizarre way like that.”

Holliday’s refused to take the bait, and his response simply pointed to the rule. “It’s part of the game,” he responded.

The rule, one of many which are the foundational elements established for the integrity of the game. The rules. The truth.

Ms. Andrews’ question, seemingly seeking to stir controversy, casts an interesting perspective on what seems to be a move in society away from absolute truth. When should truth prevail? When should the rules apply? Always, or only when it seems fair?

The list could go on and on, as we push the envelope away from the absolute truth, away from the rules, and the rule of law, to make exceptions for circumstances based upon our feelings or to arrive some consensus of fairness.

Should the beneficiary of the properly applied rule—the St. Louis Cardinals—feel guilty about winning a game that way? Is that what she was suggesting by her comment—“You’re up 2 to 1 in the series, [because of the game] ending in such a bizarre way?”

Without an absolute basis—an absolute polestar—for decisions between right and wrong, truth becomes relative, and dependent upon the situation, on the inning, dependent on whether its application seems fair or not, or seems fair in the midst of changing cultural patterns.

It was just an obstruction of the base runner by the infielder which ended game three of the 2013 World Series. And it may be that Ms. Andrews didn’t even realize what her comments could be construed to suggest. After all, it was a seldom-used rule.

But it was a rule. That led to a right result. And it was the truth, absolutely.

The umpires got it right.

Will we? The future will tell.

Just something for us to think about as the 2018 World Series, and life continues.