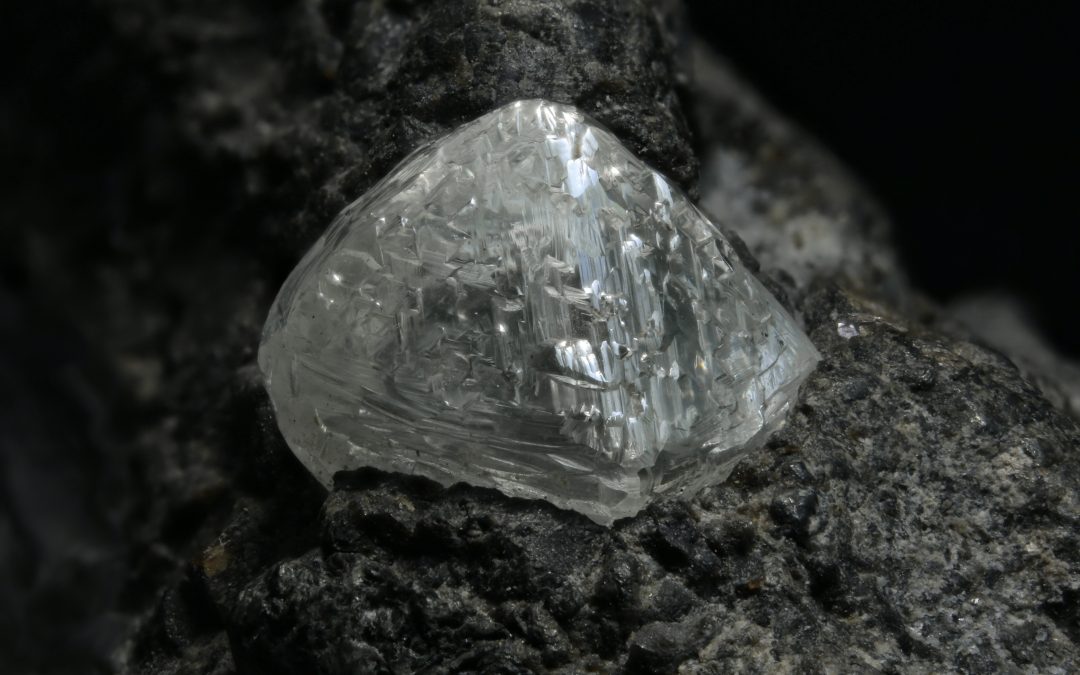 “Not that I was ever in need, for I have learned how to get along happily whether I have much or little. I know how to live on almost nothing or with everything. I have learned the secret of contentment in every situation, whether it be a full stomach or hunger, plenty or want; for I can do everything God asks me to with the help of Christ who gives me the strength and power.”
Philippians 4: 11-13 (TLB)

In his book, Acres of Diamonds, Russell Cromwell tells the story of a man named Ali Hafed, a farmer who had lived on his farm for years with his wife and children. He had health and peace and was content with his life. One day a priest visited and talked of “diamonds” sparkling like a million suns, the most beautiful things in all the world.

And Ali Hafed became discontented with what he had and sold his farm, left his wife and children with a friend and set out to find diamonds. For then, he thought, he would be rich, and he would be happy, and he would be content with his life.

He searched the world over, but found no diamonds. One day, broken, destitute, unable to see his family again, in a fit of utter despair and discontent with his life, he threw himself into the sea and died.

Meanwhile, the man who had bought Ali Hafed’s farm, spotted an odd-looking chunk of black rock, took it home, put it on the mantle, and thought no more of it. Sometime later that same priest came along, looked at it and saw a brilliant flash of light emitting from a crack in that rock. Something shiny, something beautiful lay beneath that rough exterior.

A diamond. And more and more diamonds were found there in an area that became the greatest diamond mine in all the world, and produced diamonds used in the Crown Jewels of England, Russia and Persia.

Right there on the very property that Ali Hafed had sold to begin his search for contentment and riches. Right beneath his very feet, the richest diamond mine in the world, and he didn’t even know it. He’d searched the world over to find contentment in life, to find meaning in life. Always looking somewhere else, and all he found was frustration, disappointment, heartache, despair, failure and ultimately death.

We may know people like that. Spending years of their lives in all kinds of pursuits of success, pleasure, fame and wealth-in an effort to find happiness and contentment, when all the while it’s right beneath their very feet, in their own backyard. If only they would look, if only they believed that we are each something beautiful created by God, and we can find our purpose in life right where we are in who He created us to be.

I hope that’s not you or me I’m talking about.

We all know people with incredible God-planted potential, who waste their lives, as they spend day after day, year after year, searching for greener pastures, or drowning in pools of self-pity for all that hasn’t gone their way, or refusing to push beyond their circumstances with the life and abilities they have remaining-

Blaming their present dilemma on someone else or on seemingly unfair circumstances, they carry feelings of bitterness, hurt, anger, self-pity and worry for years. They, or others for them, make excuses for their circumstances, while the dreams within their hearts which God planted go cold, are passed by, and go unfulfilled, day after wasted day.

If that defines someone you know, perhaps it’s time for a paradigm shift in their life. Time for a different perspective of, and for their lives. Time to get up and stop feeling sorry for themselves.

Time for a shift from being less than they can be-to being all that they can be as the wonderful creation of God they are. That incredible person created by God with a purpose for this particular time in history to make a difference in our world-not to waste the life God has given them.

And it begins right where they are-sitting on their own diamond mine.

Or maybe even right where we are, just in case any of that applies to you or me.