Our Torch of Liberty 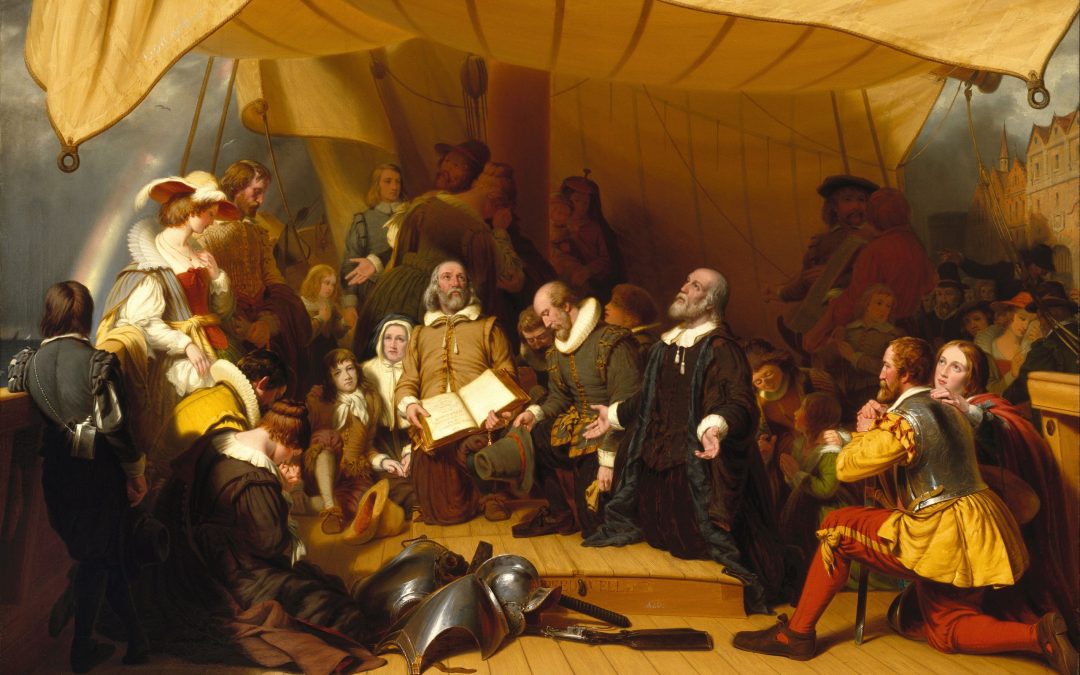 “In the name of God, Amen. We…[h]aving undertaken, for the glory of God, and advancement of the Christian faith…a voyage to plant the first colony in the Northern parts of Virginia, do, by these presents, solemnly and mutually in the presence of God, and one another, covenant and combine ourselves together…”
The Mayflower Compact, November 11, 1620

As I returned with the morning newspaper, I could see our American flag in the holder on the front of our house, waving in the morning breeze. I imagined that it was saluting the birthday of this great nation we honor and celebrate this week.

The celebration of a nation founded by many who held a deep faith and belief that they were acting in concert with God. And as The Mayflower Compact sets out above—as the governing document of the first settlement of Pilgrims in this great land—this Nation was founded on the belief that God was at the helm.

A point, consistent with the beliefs of our founding fathers, not lost on most of us. But a point forgotten by too many today within our nation’s capital, on college and university campuses, local and state governments, and in other parts of our country.

As many sadly do today, you can try to secularize our founding, and try to apply principles of political correctness to assuage voices of atheism, humanism and socialism. But as for this Country and its founding roots, you cannot change the fact that those who wove the threads of its founding days, wove within the fabric of America not only their lifeblood, but an offering of their lives to God. They established for all time a Judeo-Christian foundation undergirding the beginnings of The United States of America.

Recall also with me some of those words which echo throughout our history from what seems, at times, to be so long ago:

“We hold these truths to be self-evident:
That all men are created equal; that they are endowed by their Creator with certain unalienable rights…We, therefore, the representatives of the United States of America, in General Congress assembled, appealing to the Supreme Judge of the world…And for support of this declaration, with a firm reliance on the protection of Divine Providence, we mutually pledge to each other our lives, our fortunes, and our sacred honor.”
The Declaration of Independence, July 4, 1776 (excerpts)

Yet in the landscape of history, it really wasn’t that long ago—243 years—that Thomas Jefferson, with input from John Adams, Benjamin Franklin, Robert Livingstone and Roger Sherman, offered those stirring words contained in the original of that glorious document. It is one of our precious founding documents which is guarded day and night in our National Archives in Washington, D.C., encased in vault that can be lowered well below ground to ensure its safekeeping.

One signer’s fingerprint can be seen on that document, permanently etched there when he fervently leaned down over that document to pen his name, knowing full well that by signing it, he was offering his life. That by signing that great document he was putting his life on the line and he stood to lose all that he had, including his wife and his children—but for the sake of all that he believed in and all that he held dear, especially his wife and children, he signed it.

Five of the signers were captured by the British, branded as traitors, imprisoned and tortured. Twenty had their homes ransacked and burned. Nine of the fifty-six signers fought and died from the wounds or the hardships of the War for Independence. One, a shipper and planter, saw his ships swept from the sea by the British navy, sold his home to pay his debts and died bankrupt. One was so hounded by the British that he was forced to move his family constantly and keep hiding, his possessions taken from him and he was reduced to poverty.

These were not wild ruffians, these were men of means, educated men—with a deep faith in God, who loved liberty more than they valued their own lives. And because of those beliefs—they signed, and in that, offered their very lives for this great nation.

They paid the price for us. They, and their families, made that first payment for us and for those who will follow us. And that payment has been kept up-to-date through the sacrificial offerings of the lifeblood of our citizens throughout the pages of our history.

And the torch they lit has now reached our hands.

The question before us as a people and as a nation is—What will we do with it? What offerings and sacrifices will we make so that the torch of liberty symbolic of this great land will burn even brighter?

For we dare not disappoint—or turn our backs on—those who have gone before us and those who will follow, and therefore—

“With a good conscience our only sure reward, with history the final judge of our deeds, let us go forth to lead the land we love, asking His blessing and His help, but knowing that here on earth God’s work must truly be our own.”
John F. Kennedy, Inaugural Address, January 20, 1961