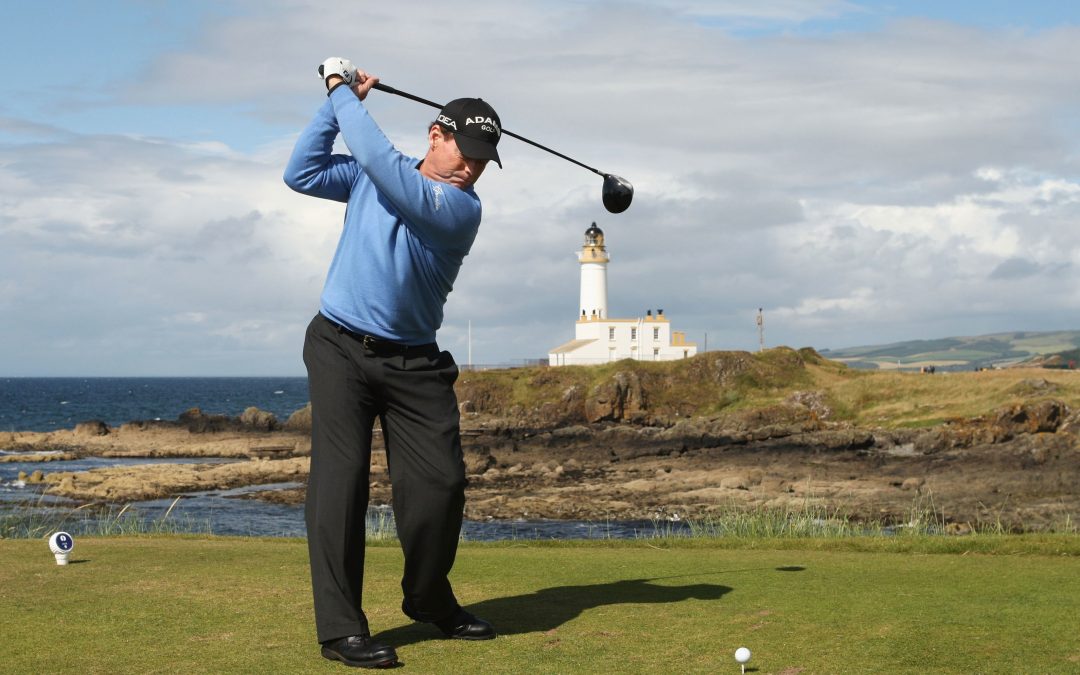 Then I heard what sounded like a great multitude, like the roar of rushing waters and like loud peals of thunder, shouting: “Hallelujah! For the Lord God Almighty reigns.”
Revelation 19:6 (NIV)

To the casual observer it was the final round of The Open Championship held in 2009 at Turnberry Golf Club in Scotland. But it was really so much more.

I imagine that tears formed in eyes and throats, and pulses in the golfing world quickened, watching Tom Watson walk up the eighteenth fairway of the Turnberry course during the last round of that year’s Open Championship. He needed a par to complete his attempt to win The Open Championship and become the oldest man—at two months shy of his sixtieth birthday—to win one of golf’s four major tournaments. Announcers who knew and respected him for years couldn’t string words together into intelligible sentences to describe the moment or how they were feeling as they watched what unfolded before them that Sunday afternoon.

That final round of The 2009 Open Championship was a reminder to all of us, that whatever your age—it’s only a number. It also reminded a lot of us of the folks we had seen throughout the years who had stopped living. They were done. Retired from work. Retired from trying. Retired from life. Retired from having an impact and making a difference. The legacy they were still supposed to leave every day of their lives had ended.

But watching Tom Watson in that effort—even though he came up short on that Sunday a few years ago—had to inspire many to take a new look at their lives and realize they still had many moments left to live.

So, how about us today? What are you going through today? Retired? Just graduated from school with no prospects for employment? Lost your job or have had an unexpected career stumble? Finances short and looking shorter a little farther down the fairway? Just reached another “number” on the calendar and others are suggesting that you’re old. Or maybe it’s just time to stop, to retire, and leave tomorrow to the next generation?

But then you notice that you’re still breathing. And the God Who controls all things—no matter where you are in life—is calling you to keep living your life. The Lord God Almighty who still reigns and holds every moment of our lives in His hands—from the moment of our creation, to today, into tomorrow, and all the way into eternity—is calling us to keep living.

The God Who created you and me still reigns and calls us to tee it up one more time. He’s in control, and as long as there is a breath left in our body—in His view—we’re not done. He calls us to so much more—to reach, to serve, to touch, to try, to make a difference and continue to have an impact, and to add to the legacy of our lives—by adding value to the lives all around us up until the very last moment with our very last breath.

Tired? Okay, rest for a moment. Take a deep breath, then get on with life!

Fallen? Take a moment, regroup and pick yourself up. Then get on with life!

Hurt by someone? Forgive them. Then get on with life!

Disappointment, heartache? Remember you’re not alone, lean on Him and others who love you. Then get on with life!

Maybe it seems that there’s not much time left here on earth. Embrace what is left, and make a difference with each second, minute and hour that’s left.

A few more aches than yesterday? Well there will probably be a few more than that even tomorrow. They’re simply there to remind us that there’s still breath in our bodies, and there are still things to do. So get on with life!

The Lord God Almighty reigns and is actively at work in the world, and requires no less from each of us, now, tomorrow and throughout eternity!