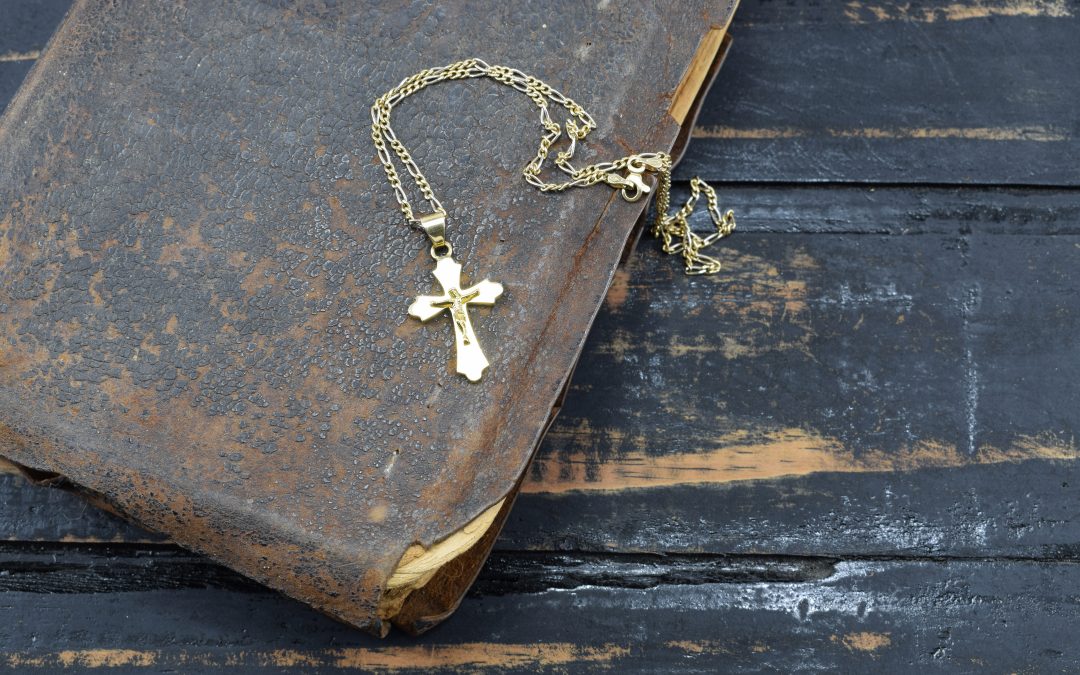 “For God so loved the world, that He gave his only Son, that whoever believes in Him should not perish but have eternal life. For God did not send his Son into the world to condemn the world, but in order that the world might be saved through Him.”
John 3:16-17 (ESV)

Ours to claim. Ours to believe.

And personally, I have believed, ever since I accepted Christ at 2 AM on July 16, 1982. Yet every now and then, though, and I don’t know why, I have a moment of doubt.

Every now and then I have a moment where I wonder openly with Him—did I really accept You that day? Sometimes it happens when I hear an invitation at the end of a church service. Am I really assured of eternal salvation? Do I need to invite Christ in again? And, of course, thinking back to that moment years earlier—I realize that I don’t. That moment was real for me, when I accepted and committed my life to Christ.

Then why the occasional periods of doubt?

Those moments of doubt come, I realize, because there are times when I feel unworthy. Not deserving of what God did through His son on the cross. I have these seasons of inner turmoil—especially when I screw up, or slip back in my walk, or I can’t seem to change some habit I know God (and others who love me) want me to change.

But that’s the rub and the truth which is hard, in our natural way of thinking, to accept. The truth that we really aren’t worthy, or deserving, and we can’t do anything to be worthy, or deserving of what Christ came to do for us. Thank God. But that’s what Satan puts in our minds and uses to cause confusion and the doubt which follows.  And maybe we’ll forget about God’s unmerited Grace that is always there and pouring over us.

Reminds me of a friend whose bride gave him a cross with a chain to wear around his neck. It was sitting on the table between us when I was visiting him at his house one afternoon, and after remarking how pretty it was, I asked him why he wasn’t wearing it.

He said that when he got to a place where he felt he deserved to wear it for what Christ did for him, he would. After a moment to let that comment hang in the air, I suggested that with that precondition, he likely would never wear it, because—no offense I said—but he could never do enough to deserve what Christ did for him.  My friend was thinking in terms of religion—rules, regulations, requirements reflected in terms of never making a mistake, church attendance and donations, committee involvement, and more. It’s a focus on what we do—earning our way into His favor. Following Christ, though, is about what Christ has done for me—and you.

Think about what Christ did for us. That was God climbing up on the cross for us. What can we ever do to earn that? But earning it wasn’t the deal God put on the table. It was believing.

God did what He did to show us how much He loved us—just Grace, no condemnation. That was a picture of Grace we can never match by what we do.  Just Grace—free for the asking.  To believe in. To accept. Just believe and follow Him in His steps. Grace for me and for you.

Is He finished molding and growing us? No. But there’s no doubt about our relationship with Him.

Remember—it’s not about us. It’s all about Him, and what He did for us.

It’s done! Claim it. Believe it.