A Needed Reminder, Once Again 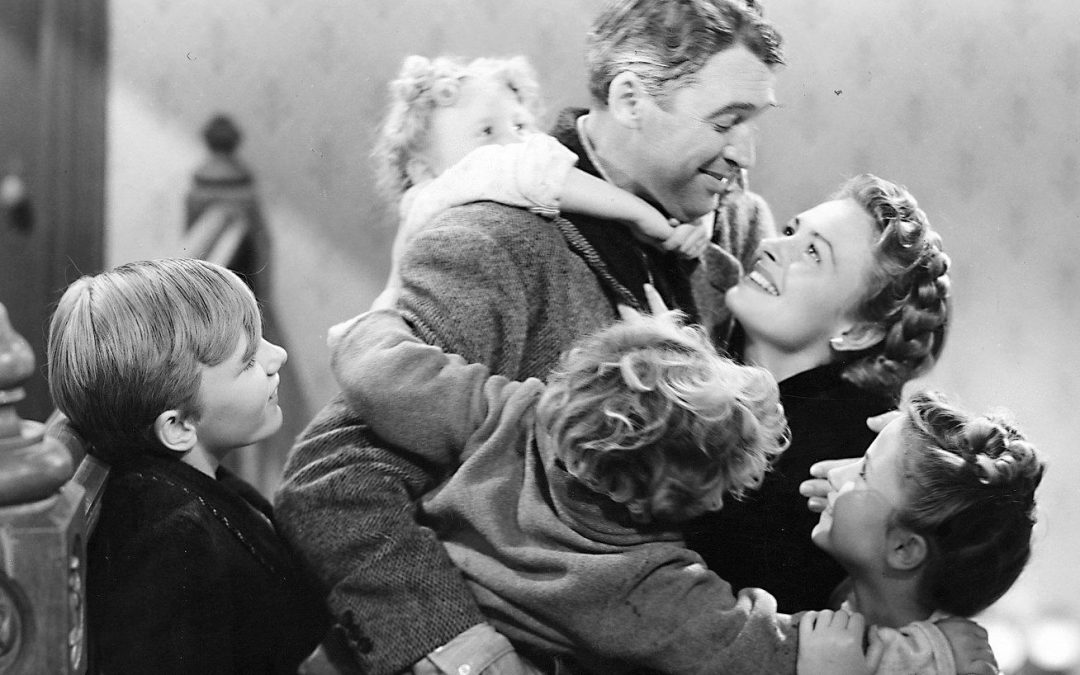 “And in the same region there were shepherds out in the field, keeping watch over their flock by night.  And an angel of the Lord appeared to them, and the glory of the Lord shone around them, and they were filled with great fear.
And the angel said to them, “Fear not, for behold, I bring you good news of great joy that will be for all the people. For unto you is born this day in the city of David a Savior, who is Christ the Lord.
And this will be a sign for you: you will find a baby wrapped in swaddling cloths and lying in a manger.”
Luke 2: 8-12 (ESV)

Well it happened again this year. I watched my favorite movie of all time—“It’s a Wonderful Life.” Twice.

Despite having seen it at least a hundred times and preparing to watch it again during this season, I sat there watching it to its glorious eye-moistening-end as all of those people whom George Bailey’s life had touched came to help him during a time of trouble and need.

In the movie, George Bailey has lost $8,000 from the Bailey Building and Loan, and realizes that his life insurance proceeds would cover the loss—and so people would be better off if he were not there.

While standing on the bridge ready to jump into the river, Clarence Odbody, Angel 2nd Class, who was sent from Heaven to help George, jumps into the river knowing George would jump in to save him—which he did. While drying off in the bridge manager’s cabin, George shares that it would have been better for everyone if he had never been born at all.

And so Clarence gives George a chance to see what the world would be like if he had never lived. In scene after scene, George finally comes to realize that so many lives would have been less had he not lived, and that all of us influence other people’s lives for good in all sorts of ways we could never imagine or expect.

It is a reminder especially needed at this time of year when the pains and disappointments of past Christmas seasons rise from our memories. When the commercialization of the season creates a pressure we can’t afford, and yet we too often succumb to a pressure to do more and more, to keep up, and to believe it’s about gifts and things.

Maybe it’s a reminder you don’t need, but only I do. A reminder I need to point me back to that moment of God’s love for us which occurred over two thousand years ago—and which this Christmas season is all about—nothing more and nothing less.

A reminder of God’s plan and purpose for our lives, confirmed by the words of Clarence Odbody, Angel 2nd Class, to George Bailey, as George finally began to realize that his life had made a difference in the world—

“You see, George, you’ve really had a wonderful life. Don’t you see what a mistake it would be to throw it away?”

“Strange, isn’t it?” he continues, “Each man’s life touches so many other lives. When he isn’t around he leaves an awful hole, doesn’t he?”

The moment that we pause for again in a few days, was the moment God orchestrated just for us, to remind us of how much He loves us, and of how special we are to Him. And to remind us of all He created us to be for others.

So special are we to Him that He sent His Son, Jesus Christ, to rescue and restore each of us to Him, assure our eternal salvation, and lead us into all the fullness of life we were meant to live.

“For unto you is born this day in the city of David a Savior, who is Christ the Lord.
And this will be a sign for you: you will find a baby wrapped in swaddling cloths and lying in a manger.”