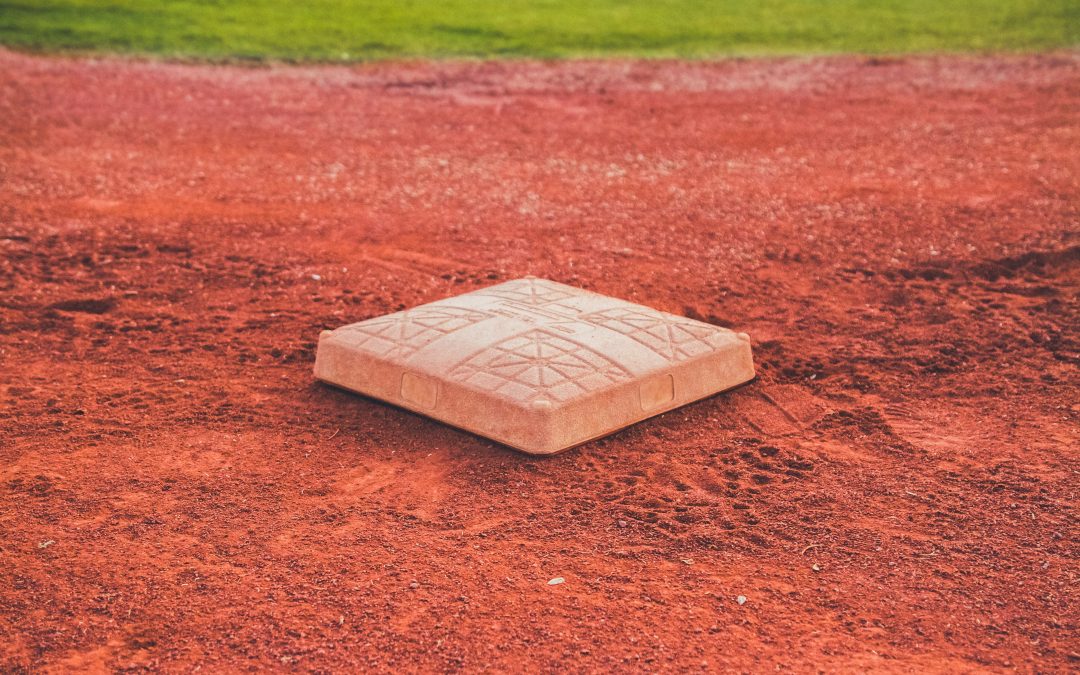 They asked her, “Woman, why are you crying?”
“They have taken my Lord away,” she said, “and I don’t know where they have put him.” At this, she turned around and saw Jesus standing there, but she did not realize that it was Jesus…
Jesus said to her, “Mary.”
She turned toward him and cried out in Aramaic, “Rabboni!”
John 20: 13-16 (NIV)

“If you hold onto my teaching, you are really my disciples. Then you will know the truth, and the truth will set you free.”
John 8: 31-32 (NIV)

If she wasn’t the fastest runner on her team I’d be surprised. She’s also an extraordinary athlete, with innate skills, aptitude, strength and flexibility to be able to perform at remarkable levels within a short period.

My elder Granddaughter Hannah is also a truth-teller.

It was probably her speed and trying to hit the corner of the bag just right, to get a good push-off to the next base, which caused the confluence of these traits to bubble up into a crisis of conscience a few years ago during her softball game in Tampa. Attempting to score on another teammate’s hit, Hannah rounded third heading for home and eventually scored. The umpire and the other team’s third-baseman both said she touched third base.

But she knew differently. And so she went to her “safe-and-wise-place” for help. She knew that then and there, the whole matter would be made right.

She told her Daddy that even though the others, including the umpires, had said she touched third base, she knew she hadn’t. Between gentle sobs causing tears to roll down her cheeks she told her Daddy what had happened and asked him, “Who should I tell?”

She wanted to make sure the truth prevailed. She hadn’t touched third. She felt locked in a “lie” and wanted to be free.

Well, by now the play was over and the next batter was up and, of course, in softball and baseball, as with so many other sports, the rules don’t necessarily allow for the truth to prevail but only that the game has order and moves along. The umpires or referees become the arbiters of the “truth.”

With the play having moved well beyond that moment, her Daddy (another “truth-teller” of long-standing) was unable to help her correct the situation. He also knew that the answer that “it was up to the umpire” wouldn’t allay her feelings. And it’s not the right answer anyway. The truth is the right answer.

“Who can I tell?” Hannah wanted the truth to prevail. It’s freeing. It was meant to gush from each of us, as it does from innocent little children. Little children who give and live from their hearts so easily and readily. The truth is all they know.

Until they are taught the ways of the world which demand conformity to the rules of compromise—often just little “white-lies”—which allow our “games” to be played without too much interruption. Most sports (other than golf) require a suppression of the truth. It allows the game to be played and allows erroneous calls—lies, in a way—to prevail “for the good of the game.” And it happens in “sports,” whether played at the office, in our homes and schools, or on the ball fields or courts—all “for the good of the game.” Think about that for a moment—and then look around at our nation and world.

And well-meaning parents and other adults who are not yet fully conformed to the world’s rules—don’t know how to clarify for their children the lines now blurred between the truth and the falsehoods accepted “for the good of the game”, whether on the softball field or at school or the office. The reason is because any clarification does not end up with the truth prevailing. There is no explanation founded simply in—the truth.

Wouldn’t it be refreshing to see a player or coach simply stand up and say “I missed third, and I’m out!” And then walk off and head to their dugout. It would cost their team a run and maybe the game—but they would be free.

The truth sets us free from looking over our shoulder, remembering what we told to whom, from having to clarify, or spin or justify. You wouldn’t have to remember what you said—just find the truth—that’s what you said. It’s freeing.

It’s the way Mary must have felt after Jesus came to her on that Sunday three days after He had been crucified on Calvary. She was in despair, crying her eyes out. Her Savior was gone—killed just three days earlier—she had seen him gasp His last breath on the cross. Until he came up behind her as she stood outside the tomb, and quietly said to her “Why are you crying?”

In that moment, she knew the truth. He was still alive—and ran to tell that truth to everyone she could find, ignoring the prospects for certain condemnation from the society of the day. She was free—and it was the Truth which set her free.

Perhaps as we remember yesterday’s Easter Sunday, we will be reminded again that despite the rules of a society that causes us to conform to untruths, “white-lies”, actually “lies” is what they are, or some conformity and deception “for the good of the game”—the Truth still exists and the Truth will set us free.

Not a political or intellectual truth. A “truth” found not in conformity to the world’s rules and ways, but found in a turning back to God and obeying and holding onto His truth and His teachings for every day of our lives. The simple and absolute truth of the revelation of God in the person and resurrection of the Risen Christ

“Daddy, who should I tell? I missed third base.”

Good for you, Hannah. Good for you. And good for you Daddy in understanding what she really needed in that moment. The truth.

The truth will indeed set us free.

And by the way once again—He is Risen. It’s the truth.