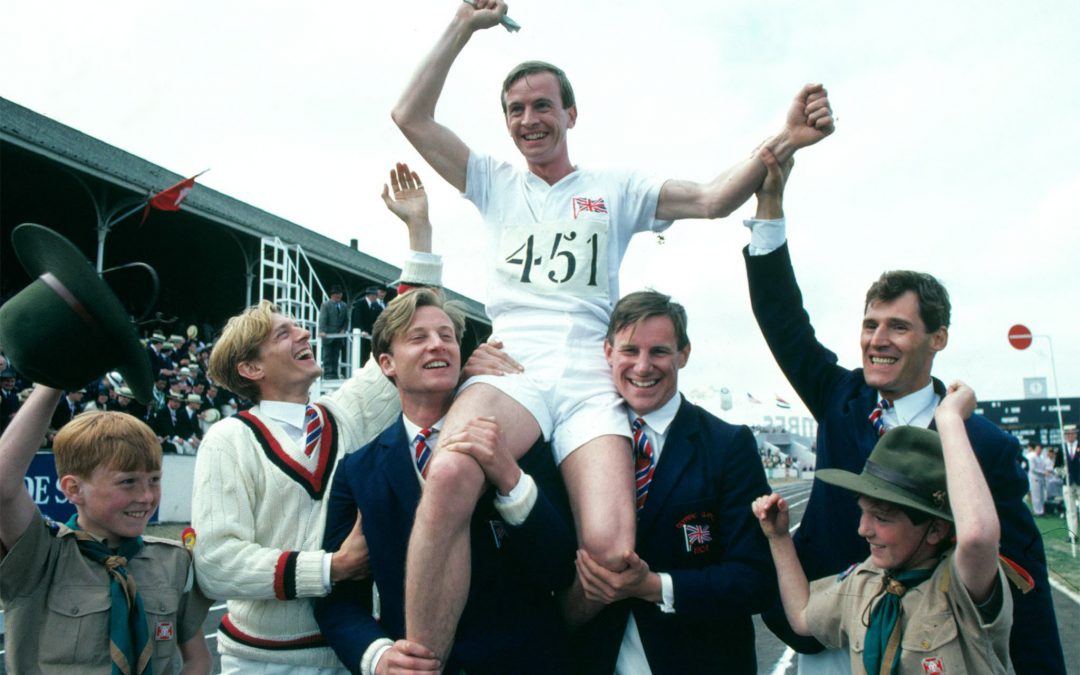 “But very early on Sunday morning the women went to the tomb, taking the spices they had prepared. They found that the stone had been rolled away from the entrance. So they went in, but they didn’t find the body of the Lord Jesus.”
Luke 24: 1-3 (NLT)

It was a few years ago now that Nathan and I traveled to Scotland for a week of golf on some of the historic courses of the game. Being with my son made the trip especially memorable, and we also joined seven other father-son pairings. Throughout the week we traveled the Scottish countryside and played courses across Scotland, including where golf began at the famous Old course in St. Andrews, Scotland.

While in St. Andrews, Nathan, arranged a for us to walk on the beach nestled between the first fairway of the Old Course and the body of water called the Firth of Forth where—and while on the beach—Nathan informed me we were standing where some scenes from one of my favorite movies “Chariots of Fire” were filmed.

There’s one scene in that movie which takes place at the conclusion of a track and field event, where Eric Liddell, one of the central figures in the story, is speaking in the rain and against a backdrop of umbrellas, to a group who stayed to hear him share after he had competed in the event. As the rain falls steadily on those assembled on the now-quiet track, he compares faith to running in a race, as he asks…

“Where does the power come from to run the race?”

The rain slows and then stops, as the umbrellas are folded away, and as everyone stands in the now glorious sunshine of the day he answers…

We are now on the other side of yet another Easter Sunday celebration which happened yesterday, and I wonder if we feel the power of the Risen Christ within.

Over two-thousand years ago, it began as a day of despair for the disciples and other devoted followers like Mary Magdalene remembering they had seen Christ on Friday hanging dead on the cross. And then three days later they came to the tomb where Christ had been laid to anoint with the spice they brought, what they thought would be his lifeless body.

But He was gone, not there. The Angel said He was risen.

And in that moment at the tomb, Mary, those disciples and others present, remembered. They realized what He had done for them—and for you and me—on the Cross. And as they returned that Easter Sunday morning they found that Christ had indeed risen from that cold dark tomb.

And in that moment they finally believed and were lifted from the tragedy of Friday to the triumph of Sunday, because of the love of Christ.

Where does the power come from? It comes from within. It comes from a belief deep within each of us of what He did for us—a belief in the risen Lord.

Are you still at Friday in some part of your life? Do you still seem to have more to do than you can possibly handle? What is it that has just hit you full in the face, which you never saw coming—an illness has returned, a diagnosis of cancer, a relationship has ended, your child is struggling, or your job has ended abruptly? What is it that is trying to pull you down and drag you to the side of the curb?

Whatever it is, remember—the power of the risen Christ is within you and will never leave you. That’s the message of Easter. He is alive to restore our hope, to redirect our lives, and to help carry us forward, and make a path through whatever we are facing today and every day. And that no matter what we are going through, no matter what we face—Christ is risen and alive, will never leave us, and will go with us.

Christ has risen. Christ is alive.

That’s the power within, and all you and I will ever need for the living of our days.