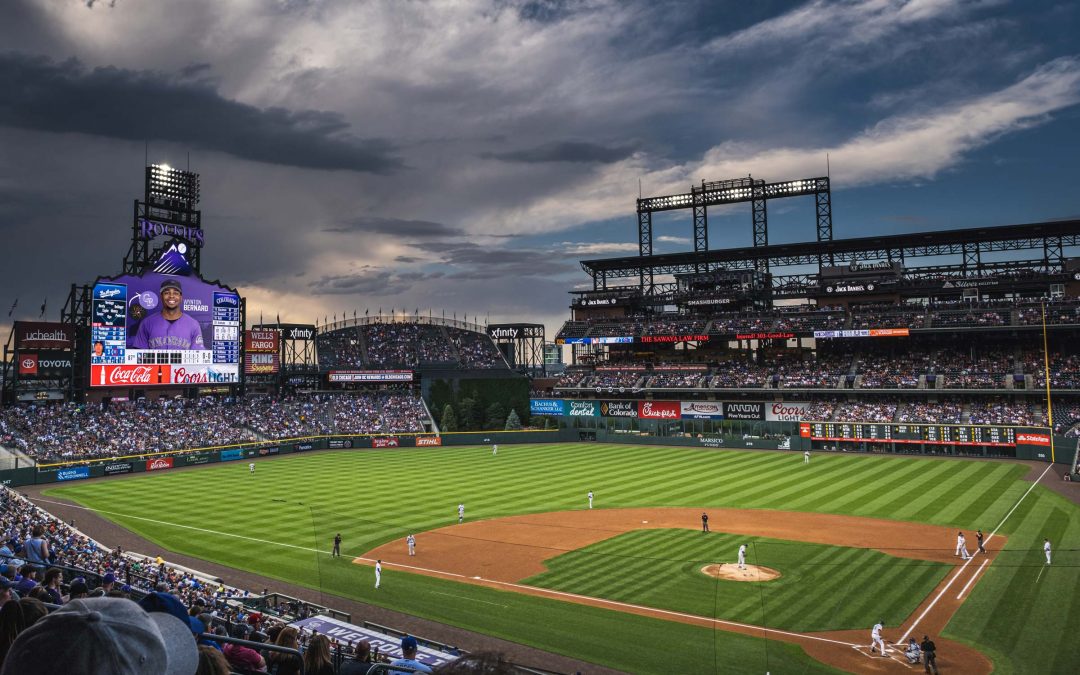 “But we have this treasure in jars of clay to show that this all-surpassing power is from God and not from us.
We are hard pressed on every side, but not crushed; perplexed, but not in despair; persecuted, but not abandoned; struck down, but not destroyed.
We always carry around in our body the death of Jesus, so that the life of Jesus may also be revealed in our body.”
II Corinthians 4: 7-10 (NIV)

It’s a wonderful story already, and we only have a small snapshot of it.

He started in center-field for the Colorado Rockies in their home game at Coors Field in Denver, Colorado against the Arizona Diamondbacks.

He had his first hit in the majors, a single, in that game. He stole a base, and scored a run, in a 5-3 Rockies’ victory.

But it wasn’t all sunshine and roses, peaches and cream, and easy sledding to get to that moment.

Drafted in 2012, he spent the next ten years playing in the minor league systems of the San Diego Padres, Detroit Tigers, San Francisco Giants, Chicago Cubs and the Rockies, as well as time in the Mexican and Venezuelan Winter Leagues and a stint in Australia.

Friday, at age 31, Wynton’s name was penned into the starting lineup of the MLB Club—the Colorado Rockies.

Maybe not in a baseball setting, but in your setting.

For a door to open to where you feel God is calling you. Hoping He is.

Wynton got word last Thursday that he was being called up to the Rockies’ club.

He called his Mom in a tearful moment, as they both praised and thanked God for always being there for him.

I don’t know the young man, but suspect that the example and inspiration of his Mom for years as she cared for and stood by her sick, bedridden husband, his Dad, inspired Wynton to keep climbing all the mountains when they rose up before him.

I suspect the example, inspiration and power of his Christ also inspired him to press on remembering that God is always at work, and will continue to work out everything for our good as God defines that good for us.

I suspect that young man also knew deep within, that there is no such thing as retirement in the Kingdom of God.

God is always expecting us to use our God-given gifts, talents, resources, platforms and opportunities in our one-time-around in life.

While also learning from our setbacks, missteps, mistakes—which by His grace He wipes clean from our slates, freeing us to move forward with Him.

All to be used for our good, for the good of others and all so God is glorified.

And so the story goes on.