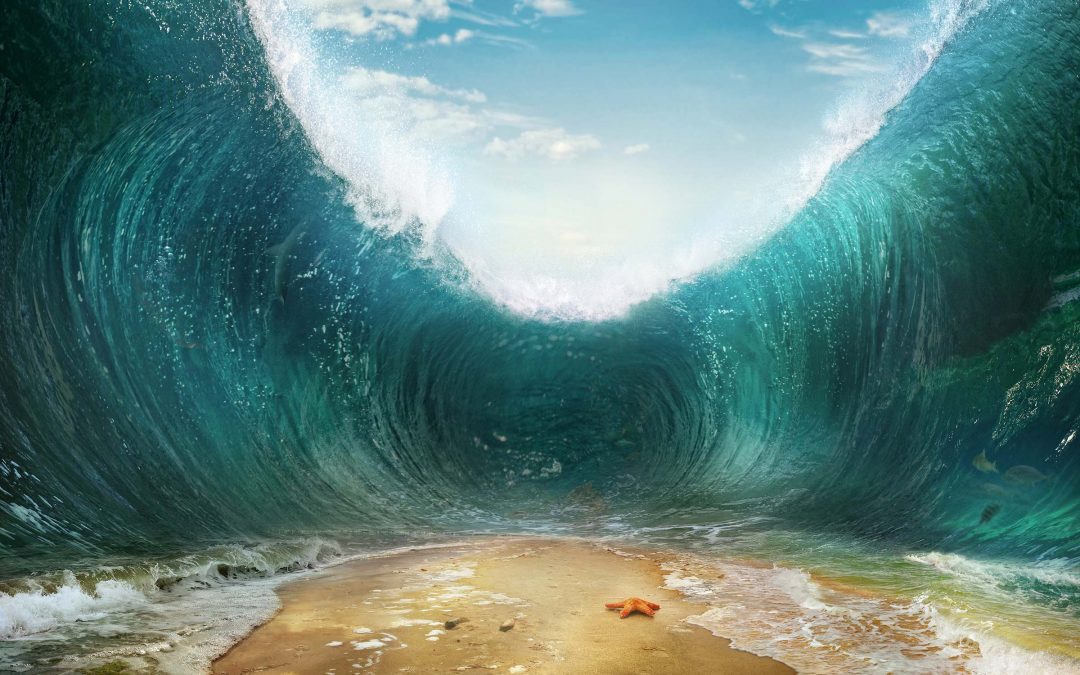 “Then Moses stretched out his hand over the sea and God, with a terrific east wind all night long, made the sea go back. He made the sea dry ground. The seawaters split. The Israelites walked through the sea on dry ground with the waters a wall to the right and to the left.
Exodus 14: 21-22 (The Message)

Another week and another month in yet another quickly moving year.

It was quite the cold front that came through the southeast this past week.

Although not nearly as bad, it brought back memories for some of the March, 1993 storm of the century which hit the eastern United States and Canada.

People were trapped in hotels, airports and homes with seemingly no pathways available to freedom for days and weeks.

The Israelites who were camped in the desert on the shores of the Red Sea must have felt that way.

Once trapped as slaves in Egypt, then freed by God, they were now traveling with Moses through the desert, with the Promised Land the focus of their hearts.

But now they find themselves again trapped, afraid and helpless with the Egyptians coming after them to return them to slavery. And with no apparent escape route, as the Red Sea looms before them.

Been there? Maybe feeling trapped, fearful of what’s next, standing in front of your own Red Sea.

Maybe some personal cold fronts or storms have hit which you never saw coming. Illnesses. A relationship previously on track, now on separate tracks. Rising prices causing expenses to stretch or break your budget. An unexpected heartache too big to handle or understand.

Fear has you tightly gripped, as you struggle to figure out what steps to take that might move you beyond what you face.

God is there. God sees you. God’s got you.

The ultimate “Sea Splitter” knows what to do. And as He did for the Israelites, He will do it for you and for me.

In the song “No Longer Slaves,” Bethel Music shares it this way—

The passage in Exodus recounts one of the greatest moments in the history of God saving His children as He split the sea for them to walk right through it to safety.

A moment echoed over 1400 years later when He sent His Son, as a baby, for you and for me, splitting all the stuff that separates and keeps us from Him.

So we could choose to become a child of God for all eternity.

Red Sea in front of you.

God’s got it. Get ready.