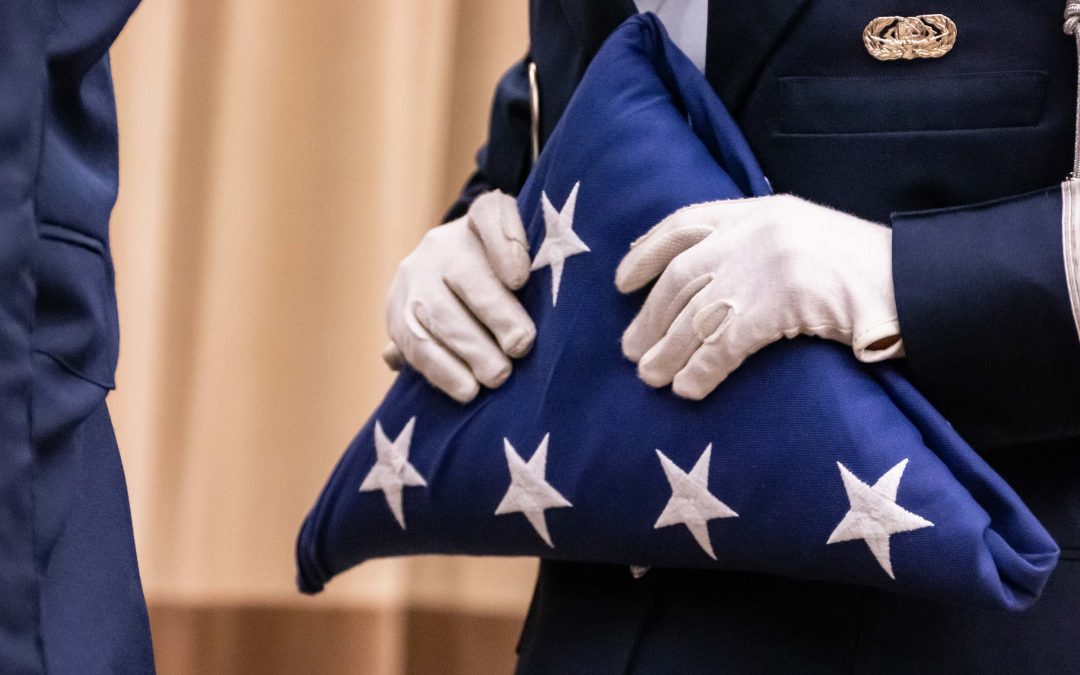 O say can you see by the dawn’s early light,
What so proudly we hailed at the twilight’s last gleaming
Whose broad stripes and bright stars through the perilous fight
O’er the ramparts we watched, were so gallantly streaming?
And the rocket’s red glare, the bombs bursting in air
Gave proof through the night that our flag was still there
O say does that star-spangled banner yet wave
O’er the land of the free and the home of the brave.
“The National Anthem of the United States of America”

The container was closed and draped with an American flag when I entered the room.

Underneath the flag was a polished gleaming stainless steel container approximately 36” long by 15” wide, and about 7” high.

The American flag-draped container had just arrived at Dover Air Force Base, in Dover, Delaware.

Dover AFB was one of our three nation’s morgue sites at that time.

The container had been placed in the center of an elevated concrete slab in the room where the bodies of our servicemen killed in Vietnam were first brought when returned to the United States.

After high school, I had enlisted in the United States Air Force, and after basic training at Lackland Air Force Base in San Antonio, Texas, and a year of electronics school at Keesler Air Force Base in Biloxi, Mississippi, I was stationed at Dover Air Force Base working in the Communications and Electronic Maintenance Squadron (CEMS).

CEMS was responsible for repairing the navigational equipment, instruments and radar systems on our aircraft which our crews needed to accurately and safely fly back and forth across land and oceans, to the war zone in and around Vietnam, and to other locations around the nation and world.

Aircraft which delivered troops and needed supplies, while also returning our wounded and those who gave their last full measure of devotion for our nation.

After a few moments, the American flag was removed, folded and laid to the side, and the cover on the container was raised.

For when the cover to that container was lifted up—it revealed within that sacred small space the identification tags on what were the remains of seven of our soldiers and airmen who had been killed in the war.

Seven reasons, along with many others throughout our history as a nation, as to why I stand today and always will.

It seems that we blur the lines between honoring our nation and those who have stood in the gap for us with their lives, with together trying to make our nation better than it is by striving to honor and lift the lives of every child of God.

And sadly we blur the sacred truth of God’s love for every life He created being special and unique to Him.

I pray that with God’s help and the prevailing and growing wisdom of wise and Godly voices, we will no longer blur the lines, but will clear our vision, and be the children of God we are called to be, and love and help all others to be all who God created them to be.

I also pray that we will be “…the land of the free and the home of the brave” as we respect all of those who stand for us today, and have stood in the gap for us throughout our history.

In the meantime, I will stand.