So, You Messed Up, Again? Surrender Again! 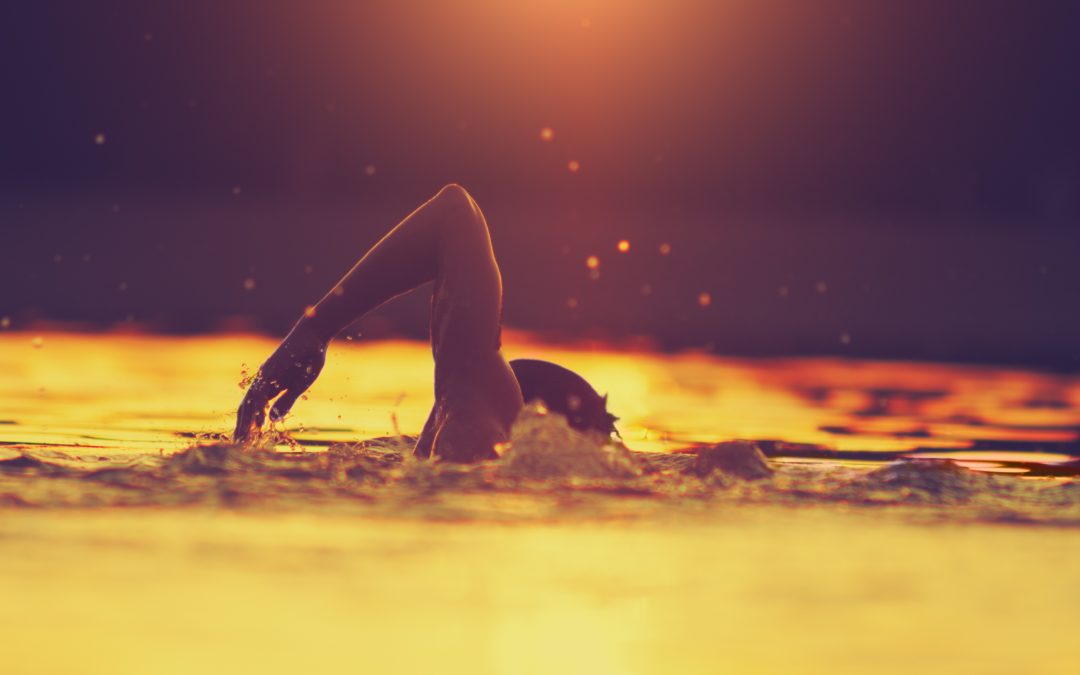 Later Jesus appeared again to the disciples beside the Lake of Galilee. This is how it happened:
A group of us were there-Simon Peter said, “I’m going fishing.”
“We’ll come too,” we all said. We did, but caught nothing all night. At dawn we saw a man standing on the beach but couldn’t see who he was.
He called, “Any fish, boys?” “No,” we replied.
Then he said, “Throw out your net on the right-hand side of the boat, and you’ll get plenty of them!” So we did, and couldn’t draw in the net because of the weight of the fish, there were so many!
Then I said to Peter, “It is the Lord!” At that, Simon Peter put on his tunic (for he was stripped to the waist) and jumped into the water and swam ashore.
The rest of us stayed in the boat and pulled the loaded net to the beach, about 300 feet away. When we got there, we saw that a fire was kindled and fish were frying over it, and there was bread.
“Bring some of the fish you’ve just caught,” Jesus said. So Simon Peter went out and dragged the net ashore…”Now come and have some breakfast!” Jesus said…”
John 21: 1- 12 (TLB)

There they were-a few of Christ’s disciples-gathering again on the shoreline to return to their careers they had before they had met Christ. It had been an incredible, eventful and, in many ways, a life-changing three years following Christ.

They were fishermen-and they were returning to what they felt they knew best. Maybe they had forgotten all that He had taught them while He was with them. Maybe they never caught the vision.

Maybe they felt that the mission He had tried to set before them through His words and example was just too difficult to follow.

But He was dead and gone, anyway. And so they were returning to what they knew. And as many of the days had been for them in the past week-they came up empty on the sea as well. Didn’t catch a thing all night.

And then this guy standing on the beach yells out to them to go out and try it again, but this time to cast the nets out on the right side of the boat. Who is this guy? Where does he come up with telling them-they’ve been fishing most of their lives-how to fish?

But they did it anyway. There was something about him that was familiar. And they caught so many fish that they couldn’t bring them all in.

Then Peter knew. Peter the “denier.” The same Peter who had denied Christ three times before Christ was nailed to the cross. When Christ called Peter to surrender, he ran. When Christ tried to send Peter to the world, he argued and then hid. He had let God down. Three times, as Christ was being dragged away to die on the cross, Peter lied and said-“Him? Don’t know Him, I never saw Him before!”

But Peter now saw that it was Christ-He was alive-and Peter could never forget Him.

“It is the Lord!” Maybe, Peter thought, he could restore the relationship. Maybe Christ would forgive him. Peter felt he understood now what surrender meant, and he was ready.

And at that, Simon Peter put on his tunic and jumped into the water and swam ashore to greet Him.

Peter knew that Christ knew it was him coming to Him. He knew that Christ remembered what Peter had done. And yet Peter swam to him, stood in His presence, amazed at who He was. And Peter stood there in Christ’s forgiveness, mercy and grace.

Peter believed that He would be forgiven.

Peter returned and surrendered to the risen Christ.

Have you ever let God down? What do we do in those moments where both God and we know what we have done? When we feel unworthy? When we can’t bear to carry the guilt we carry anymore? When the weight of shame we feel is too much to bear?

Run? Hide? Or, maybe we just need to do what Peter finally did.

Run back to and surrender to the risen Christ.

He may just fix us breakfast, before He sends us off to touch the world with and for Him.

Your choice, my friends. And mine. To live the real and full lives we were meant to live-with Him in the lead.