The Man in the Middle 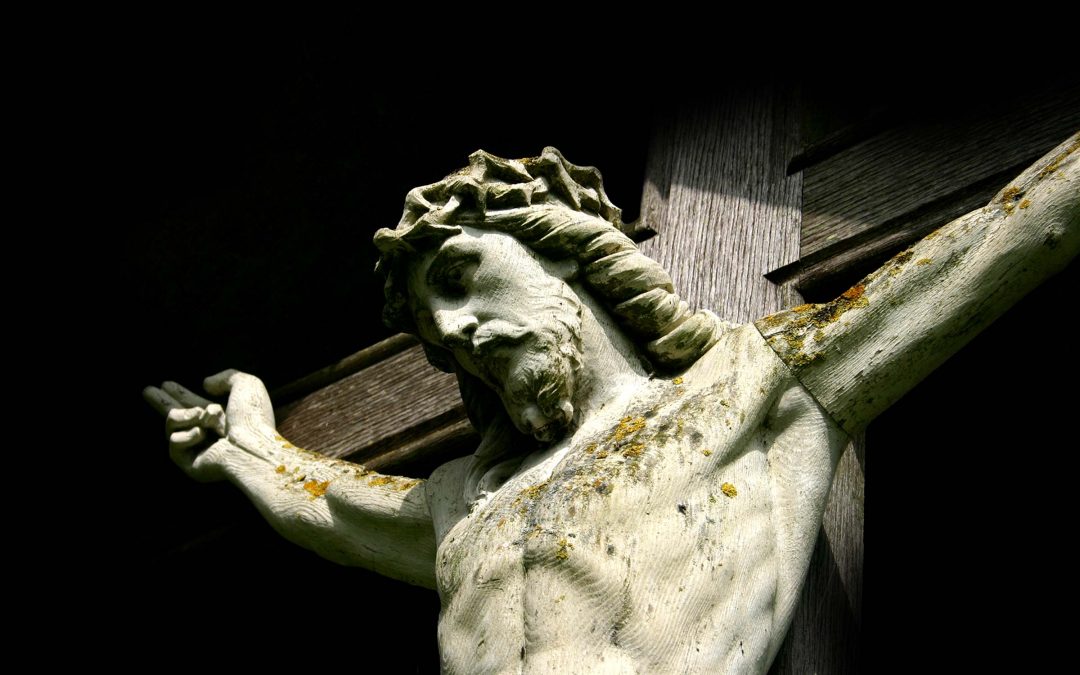 “Two other men, both criminals, were also led out with him to be executed. When they came to the place called the Skull, they crucified him there, along with the criminals—one on his right, the other on his left…
One of the criminals who hung there hurled insults at him: ‘Aren’t you the Messiah? Save yourself and us!’ But the other criminal rebuked him. ‘Don’t you fear God,’ he said, ‘since you are under the same sentence? We are punished justly, for we are getting what our deeds deserve. But this man has done nothing wrong.’
Then he said, ‘Jesus, remember me when you come into your kingdom.’
Jesus answered him, ‘Truly I tell you, today you will be with me in paradise.’”
Luke 23: 32-33, 39-43 (NIV)

But then, in the midst of some of the most difficult of moments, we realize that all alone, we can’t do it.

The world tends to put us on that playing field, expecting us to perform and meet its expectations.

And it becomes about us. About what I can do. What you can do. Whether and when we can. How good we’ll be, or not be, compared to others around us.

Will we be able to meet the image and expectations held by family, friends, associates, the media, fans, teammates and a larger world which doesn’t even know us.

When we fall for the world’s standards of what is important, and allow that to define us and set what is expected of us, we’re on an unsustainable path ultimately marked by difficulty, disappointment, despair and defeat.

It’s about us. And alone we can’t. Certainly not for long or for always.

And it starts with our assurance of our salvation and place with Him in eternity. Then our day-by-day walk with him to become all He created us to be.

Alistair Begg shares a glimpse into that with a look at the thief on the cross depicted in the scripture above.

How did that thief get into Heaven?

He, along with the other thief hanging there on a cross at Calvary—one on Jesus’ right, the other on Jesus’ left—started off by cursing Jesus as He hung on the middle cross between them.

Up to those final moments in his life, that thief never went to church, or attended a prayer group or Bible study, never read any of God’s teachings, or believed in anything Jesus said or did while among us.

So the truth is, that by all the religious rules, rituals, dogma of that day or today—no way he should end up in Heaven.

But there he is. He made it. To live eternally with Christ in Paradise.

How did he do it?

In the scripture above, we read that the thief said—“Jesus, remember me when you come into your kingdom.”

And Jesus said to him—“Truly I tell you, today you will be with me in paradise.”

So how did he do it? How did he get to Heaven with Christ?

He asked, he surrendered.

And the Man on the middle cross said he could come.

It wasn’t about what the thief did, or could do. It was about what Christ could, and would do for him.

Look to the Man in the middle to help you.