They Earned the Chairs 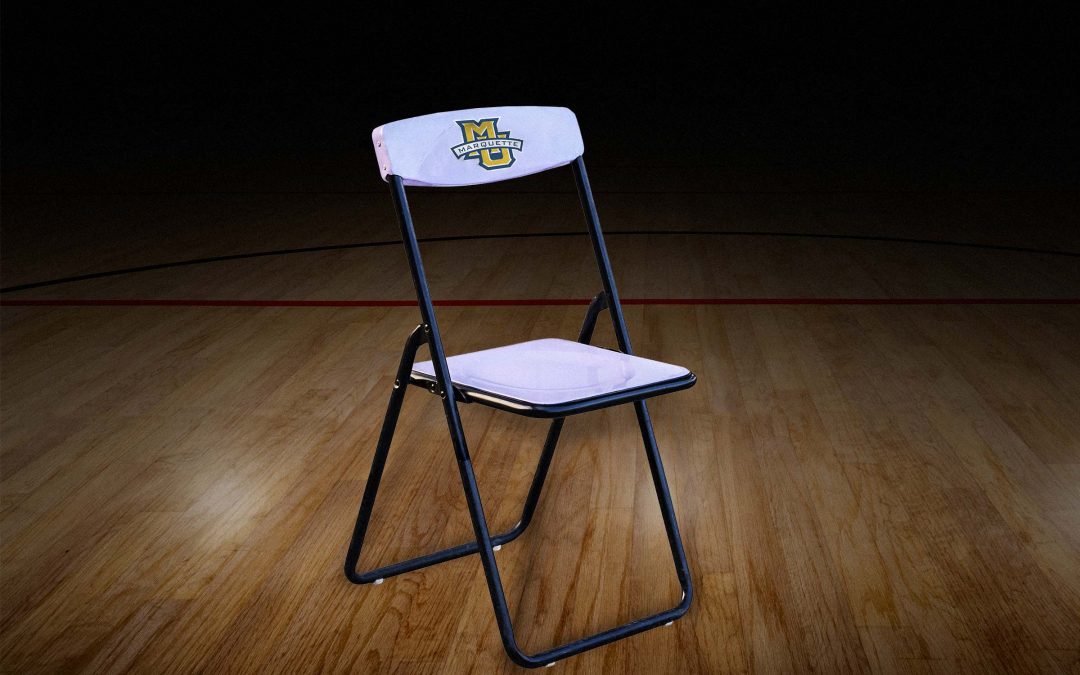 I remember Memorial Days when more American flags were flown.

I remember Memorial Days when more churches paused, whether gathered in buildings or online, to remember those who gave their lives so that we might live in freedom, and, among other things, freely hold those church services.

And I recall when athletes and coaches stood at attention, hand over heart, when our National Anthem was played before many athletic contests.

Instead, now, we regularly witness department and coach leadership allowing coaches and players to look down, shifting their stances with impatience rather than standing at attention, pulling on their shorts, or having their arms folded, all in utter disregard for the flag which symbolizes the very lives sacrificially given so that they can demonstrate such disrespect.

But not all coaches allow that type of behavior. They understand the privilege they have been given by the spilled blood of American heroes.

One such coach, Buzz Williams, created a culture and tradition of respect for those American heroes, for this nation and flag. While he was the head basketball coach at Marquette University he began such a tradition, which he continued at Virginia Tech, and now has carried with him in his new role as the head basketball coach at Texas A & M University.

As practice opens for each basketball season, he has school cadets place all the chairs which coaches and players will sit in for games, in place at the facility where they will play their home games. He invites retired military veterans from all around the area, dressed in full uniform, to attend the moment.

Then with everyone fixed on him and what he is about to share, he points to the chairs and tells the players that—

Then respectfully gesturing toward the men and women veterans standing there in uniform, he tells the players that—

These people, these veterans, earned that right for you. They gave up careers to serve and defend this nation, its freedoms and your rights. And others who died while serving like they did, gave us that right to sit in those chairs.

Then, Coach Williams makes crystal clear to each player still standing, and listening with rapt attention, that—

When the National Anthem is played before each game, you will put your hand over your heart, you will stand at attention and you will look directly at the flag.

You will not sway, or drop your head, or pull on your shorts. You can sing, but you will know the words. And you will stand like that together, with me, until the last note of our Anthem sounds.

On this Memorial Day, I thank God for leaders like Coach Buzz Williams and his example not just to the young minds and hearts he is entrusted to shape and mold into more than just basketball players, but also for the example he is to others. And, I thank God for the respect which Coach Buzz Williams, and others like him, pay to those who have stood in the gap for us all to preserve our nation through the centuries.

On this Memorial Day, I thank God for our President, who, believing in the foundations of this great nation, and understanding the importance of this moment, will place a wreath at the Tomb of the Unknown Soldier at the hallowed grounds of Arlington National Cemetery.

But most of all, on this Memorial Day, I thank God for the American heroes who paid the ultimate price for us so that we might remember them today, as we live in freedom because of them.

May our lives, may our efforts, and may our example to others near to us and who look to us for guidance, be worthy of the honor and sacrifice of those American heroes who gave their lives.

God bless them all. God bless us all.

And may God continue to bless America.